Kasino Blog Oct- November
Sprung Festival
I was paid to go paint a 20 minute canvas and also to do a backdrop between acts. It was a great day, warm as hell. I was surprised by the number of young hotties having a ball. I guess the advertising on B105 etc really brought out a more diverse hip hop audience. Must have been 5000+ plus kids there and only a couple of incidents. Cops were out in force on the outside gate.

I took my friend DWAYNE and he had a ball.He got his girl Rachel in using my pass and they enjoyed the rider I had and the hospitality on the rooftop, with the constant supply of free booze and food.Dwayne said Lazy Grey did his usual dope underground set and it was a real highlight.

I split early around 4 /5 to go back to Coolum to spent time with my family and the German In Laws.Went deep sea fishing with my father in law and I got a 60 cm reef fish first cast. Pure fluke but lots of fun. Well worth the $120 for the half day out the front of Noosa.  While I was around Coolum and I went and checked my mate Ben at Coolum Tattoo.... He really is winning allot of tattoo trophys at all the recent shows. He is absolutely killing it and improving everyday. He is definately a future star of aussie tattoo scene. He is always busy and the North Coast Hard Core scene is deep into ink. 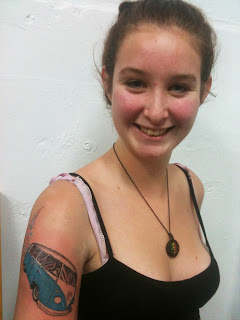 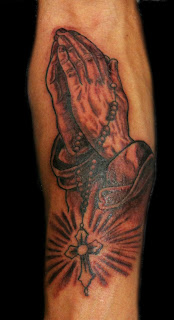 Tattoo Highlights
I have done a few wild tattos this months including an aussie flag ripping thru someone throat. I got 2/3s thru and then the guy had to bail... hardcore spot. I did an old school eagle on Reds chest that cranked... straight out of the Spider Murphys Tattoo Studio's new book. Limited to 1000 copies worldwide and features eight different tattooers from that studios flash paintings.

Did a couple of praying hands which I have pictured here... always fun too throw a personal twist on this iconic image. 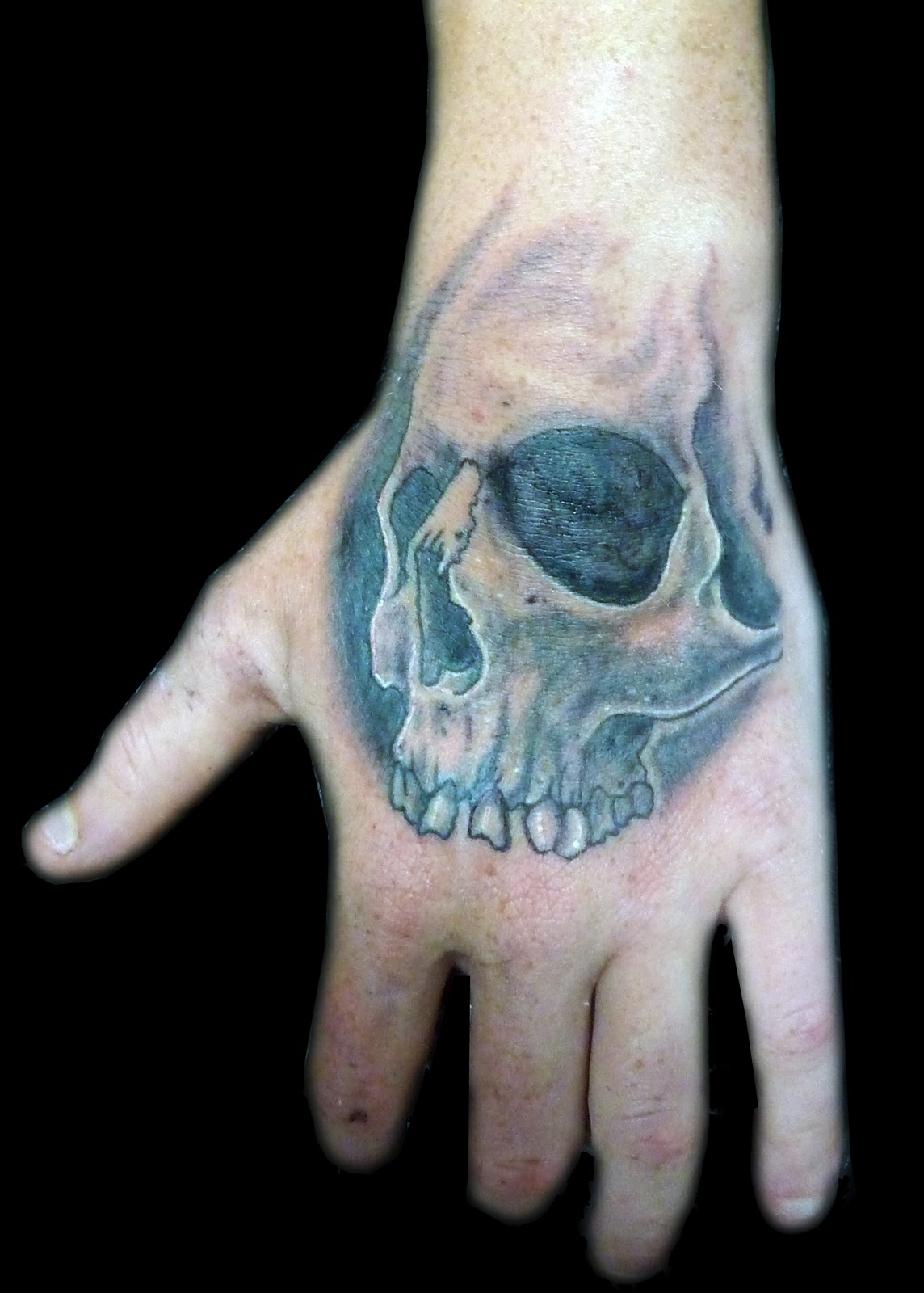 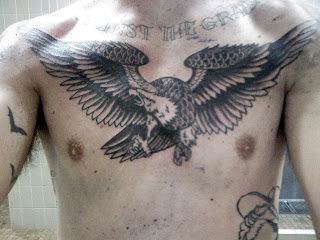 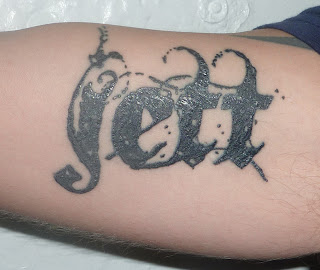 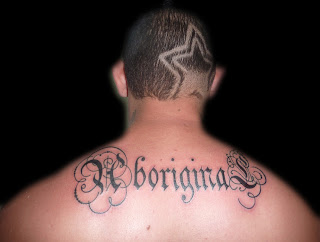 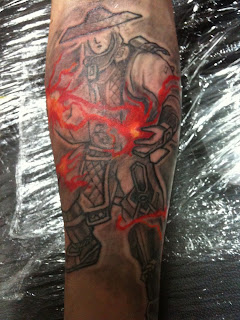 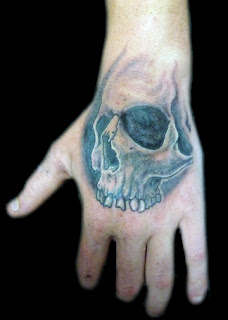 QANTAS contacted me in regards to doing an article on Australian Street Arts HotSpots I have printed below my response which should be published soon in the INFLIGHT GUIDE
Posted by KASINO ALL CITY at 16:48